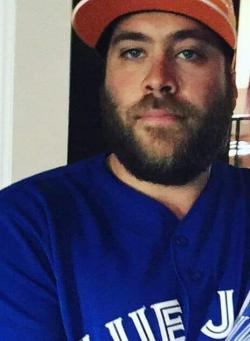 In Edmundston, December 4, 2018, Mr. Pierre-Luc ''Sune'' Levesque of Edmundston passed away as the result of a workplace accident at the age of 33 years.  Born at Grand Falls in 1985, he was the son of Nelson and Helene (Allain) Levesque of Saint-Andre.

Pierre-Luc was an employee of CN.

Besides his parents, Nelson and Helene Levesque of Saint-Andre, Pierre-Luc is survived by two children, Gavin and Indigo and their mother, Maria-Rose Boudreau of Edmundston, two sisters, Veronik Levesque (Philip Marcil) of Dieppe and Louise Levesque (partner Renald) of Sainte-Anne-de-Madawaska, his maternal grandmother, Beatrice Allain of Sainte-Anne-de-Madawaska, one niece Gabrielle, two nephews, Nikko and Zack, as well as aunts, uncles and cousins.  He was predeceased by his infant daughter, Violet, his maternal grandfather, Louis Allain, his paternal grandparents, Stephen ''Die'' and Albertine Levesque.

His funeral service will be held Saturday, December 8th at 11 a.m. from the Saint-Andre Roman Catholic Church, with interment in the adjoining cemetery.

For those who wish, donations to the Alzheimer Society in memory of his Mémère Albertine would be appreciated by the family.