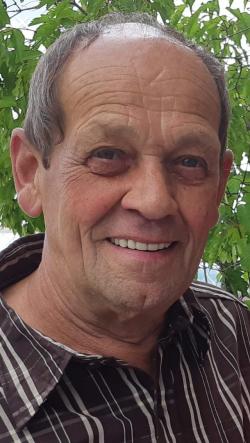 At the Grand Falls General Hospital, November 19, 2019, Mr. Leonard "Jaune" Morin of Saint-Andre passed away at the age of 72 years.  He was the husband of Edna (Martin) Morin.  Born at Grand Falls in 1947, he was a son of the late Patrick and Bertha (Levesque) Morin.

Mr. Morin was the owner of M & L Morin Auto Service Ltd.  He was an honorary firefighter with the Saint-Andre Volunteer Fire Department.

His funeral service will be held Saturday, November 23rd at 11 a.m. from the Saint-Andre Roman Catholic Church with interment in the St-Antoine-de-Padoue Cemetery of St-Leonard-Parent.

In lieu of flowers, donations to the Canadian Cancer Society would be appreciated by the family.

The family would like to sincerely thank Dr. Heidi Godbout, Dr. André Aucoin

and the staff of Extra-Mural for the excellent care given to Leonard during his illness.