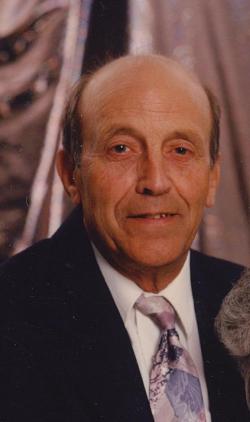 At his residence, May 16, 2020, Mr. Elide Desjardins of Drummond passed away at the age of 96 years.  He was married to the former Marie-Mai Picard.  Born at Drummond in 1923, he was a son of the late Joseph S. and Marie-Anne (Lavoie) Desjardins.

Elide was very active in his community, his parish and was a founder of the ''Coopérative Évangéline'' and the village of Drummond.

The family would like to thank the Extra-mural Program for the excellent service and support they received.

In memory of Elide, donations to the Extra-mural Program or the Heart and Stroke Foundation would be appreciated.

Due to the current pandemic situation, a private service will take place with his immediate family in attendance.  Interment will be in the St-Michel Cemetery, Drummond.

A memorial mass will be celebrated at a later date.