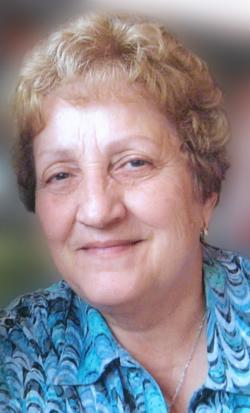 At the Edmundston Regional Hospital, May 18, 2020, Mrs. Yolande Rioux of Grand Falls passed away at the age of 76 years.  She was the widow of Raoul E. Rioux.  Born at Drummond in 1943, she was a daughter of the late Georges J. and Adelaide (Michaud) Cote.

She is survived by her friend Noël Lagacé, her two sons, Roland (Sylvia) of Caraquet and Alain of Edmonton, Alberta, grandson, Patrick Rioux (Jolene) and three great granddaughters, Ema, Hailey and Maude, all of Caraquet, brothers and sister, Robert (Gaetane) of Drummond, Father Gaetan Cote of Quebec, Eudore (Diane) and Adrien (Therese) of Drummond, Mona Poitras and Real (Lisa) of Grand Falls, as well as nieces and nephews.

Due to the current pandemic situation, a private service will be held with her immediate family in attendance.  Interment will be in the St-Georges Cemetery, Grand Falls.

A Memorial Mass will be held at a later date.