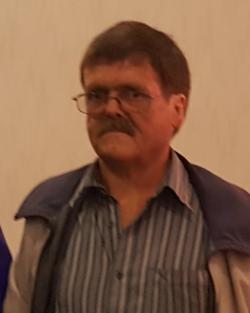 At his residence, June 23, 2020, Mr. Etienne ''Cachow'' Clément of Grand Falls passed away unexpectedly at the age of 61 years.  Born at Grand Falls in 1959, he was a son of the late Paul and Isabelle (Levesque) Clément.

He was predeceased by six sisters and one brother, Lorraine, Cecile, Francoise, Andre and three infant sisters.

His funeral service will be held from the Assumption Roman Catholic Church, Grand Falls with family and close friends in attendance, followed by interment in the parish cemetery.

Due to the current restrictions established by the Dept. of Health, the participants will be contacted by the family.

For those who wish, donations to the New Brunswick Lung Association would be appreciated by the family.