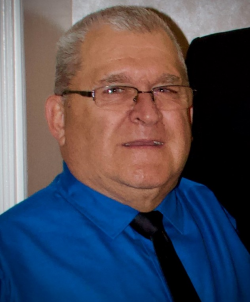 At the Upper River Valley Hospital in Waterville, NB, Gerald Jerry DeLeavey passed away peacefully with
family at his side on January 3, 2022. Born at Anfield, NB in 1941, he was a son of the late Peter and Alice (Cormier) DeLeavey.

He was predeceased by his precious son Martin (Bucky) DeLeavey, his brother Clarence (Babe) DeLeavey, along with many cousins, loved ones and friends.

The family would like to say a special thank you to all the caregivers that have been there for Gerald and Geraldine during his recent illness.

In lieu of flowers, donations can be made to Hoonigan Brotherhood in Perth
Andover NB.

A funeral service will be held at the funeral home on Saturday, January 8th at 4:30 p.m.  Interment will be in the Anfield Anglican Cemetery at a later date.