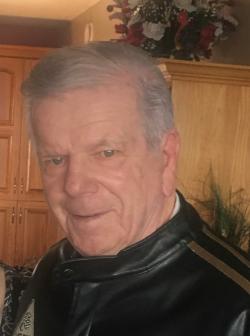 At the Falls Villa (Grand Falls Manor), March 22, 2020, Mr. Honorius "Bee" Gagné of Grand Falls passed away at the age of 94 years.  He was the husband of Jeannine (Michaud) Gagné.  Born at Saint-Hubert, Quebec in 1925, he was a son of the late Joseph and Elise (Michaud) Gagné.

Mr. Gagné was very active in his community of Saint-Leonard.  He was an honorary life member of the Knights of Columbus, 3rd degree of Council 2743 and 4th degree of the 0622 Rev. Enoil Theriault Assembly, he was president of his parish council, member of the CDR committee (Bob cat), director of the Caisse Populaire, member of the Sporting Association, Vice-President of the Senior Hockey Team and he was a member of the Royal Canadian Legion, Branch 52.

Funeral services for Mr. Honorius Gagné will be held from the Saint-Leonard Roman Catholic Church with his family in attendance and interment to follow in the parish cemetery.