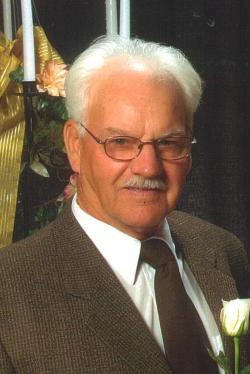 At his residence, April 17, 2020, Mr. Morel Michaud of Drummond passed away at the age of 77 years.  He was the husband of Aline (Gagnon) Michaud.  Born at Drummond in 1943, he was a son of the late Emile and Germaine (Beaulieu) Michaud.

He was predeceased by a grandson, Nicholas Bellefleur, one sister, Dorina (late Jean-Guy Levesque) and three brothers, Maurice, Guy and Cyril (late Betty).

Funeral services for Mr. Morel Michaud will be held from the Saint-Michel Roman Catholic Church, Drummond with his family and close friends in attendance.  Interment will be in the parish cemetery.