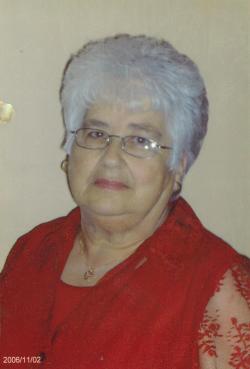 At the Grand Falls General Hospital, May 17, 2020, Mrs. Rina Levesque of Drummond passed away at the age of 78 years.  She was the widow of Lionel Levesque.  Born at Drummond in 1941, she was a daughter of the late Pierre ''Pit'' and Celine (Morin) Bourgoin.

She was predeceased by a brother and sister-in-law, Joseph and Rina Bourgoin and two nephews, Ricky and Steven Bourgoin.

Due to the current pandemic situation, a private service will take place with her immediate family in attendance.  Interment will be in the St-Michel Cemetery, Drummond.

A Memorial Mass will be held Friday, November 27th at 11 a.m. from the St-Michel Roman Catholic Church, Drummond.  Interment took place earlier in the Spring.