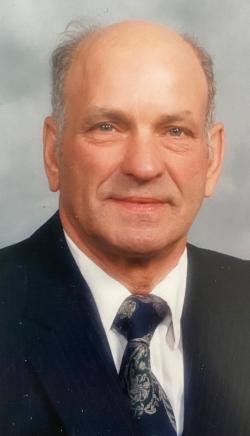 At the Falls Villa (Grand Falls Manor), July 18, 2020, Mr. Bertrand Theriault of Drummond passed away at the age of 86.  Born at Drummond in 1934, he was a son of the late Joseph N. and Eugenie (Leclerc) Theriault.

His funeral service will be held from the St-Michel Roman Catholic Church, Drummond with his family and close friends in attendance, followed by interment in the parish cemetery.