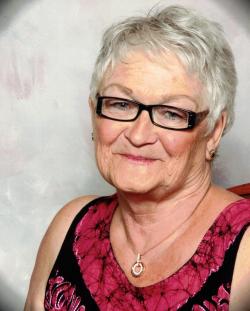 At the Grand Falls General Hospital, July 19, 2020, Mrs. Lena Plourde of Siegas passed away at the age of 74 years.  She was the wife of Alyre Plourde.  Born at Bathurst in 1945, she was a daughter of the late Joseph and Alice (Lagace) Poitras.

Her funeral service will be held from the Sainte-Anne Roman Catholic Church, Sainte-Anne-de-Madawaska with her family and closed friends in attendance.  Interment will be in the parish cemetery.

For those who wish, donations in her memory to the Sainte-Anne/Saint-Leonard Minor Hockey Association or the Marie-Guyart-de-l'incarnation Foundation would be appreciated by the family.