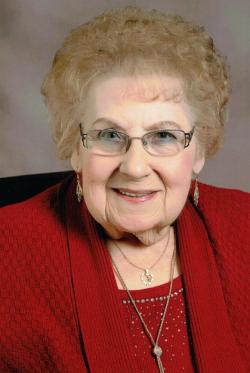 At the Falls Villa (Grand Falls Manor), July 19, 2020, Mrs. Cecile Godbout of Grand Falls passed away at the age of 84 years.  She was the widow of Clarence ''Titi'' Godbout.  Born at Grand Falls in 1936, she was a daughter of the late Mathieu and Claire (Vaillancourt) Levesque.

Prior to her retirement, Mrs. Godbout was employed at the cafeteria of the Grand Falls General Hospital for several years.