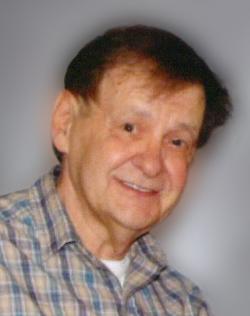 At the Grand Falls General Hospital, July 26, 2020, Mr. Philippe Michaud of Grand Falls passed away at the age of 71 years.  Born at Saint-Leonard in 1948, he was the son of the late Onil and Marguerite (Mazerolle) Michaud.  He was raised by his uncle and aunt, Frank and Rose (Mazerolle) Violette

Mr. Michaud was a designer-architect by profession.  He was well-known for the numerous house plans he conceived.  Prior to his retirement, he worked as a building inspector in Quebec for 34 years.  He did volunteer work in Saint-Leonard and was on the ''Rendez-vous des artistes'' committee.

There will be a committal ceremony at St-Antoine-de-Padoue Roman Catholic Cemetery of St-Leonard-Parent with his family in attendance.

The family would like to sincerely thank Dr. Sylvie Senechal

and the staff of the Grand Falls General Hospital

for the excellent care Philippe received.