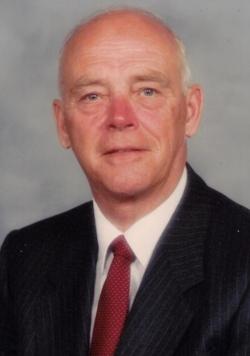 At the Falls Villa (Grand Falls Manor), August 23, 2020, Mr. Jean-Paul Landry of Grand Falls passed away at the age of 89.  He was the husband of Germaine (Ruest) Landry.  Born at Degelis, Quebec in 1930, he was a son of the late Thomas and Josephine (Turcotte) Landry.

Mr. Landry was retired from Fraser's.

A Liturgy of the Word Celebration will be held at the Guy O'Regan Funeral Home, 515 Everard Daigle Blvd., Grand Falls with his family and close friends in attendance. Interment will be in the St-Georges parish Cemetery.

For those unable to attend, the service will be video recorded using the link below:https://event.forgetmenotceremonies.com/ceremony?c=932854a7-141f-4fcd-96c1-bde55736b514

Due to restrictions imposed by the Dept. of Health, attendees will be contacted by the family