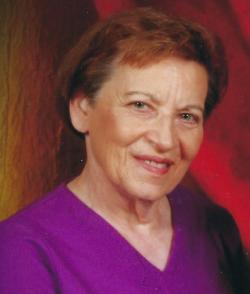 At the Saint John Regional Hospital, October 5, 2020, Mrs. Irene (Levesque) Albert of Saint John passed away at the age of 83 years.  She was the widow of Aldor Albert of Drummond.  Born at Drummond in 1937, she was the daughter of the late Charles and Marthe (Cote) Levesque.

She was predeceased by her two brothers, Bertrand Levesque and Arthur Levesque (Jacqueline), sister-in-law, Florence Cote.

A Liturgy of the Word Celebration will be held at O'Regan's Funeral Home, 515 Everard Daigle Blvd., Grand Falls with her family and close friends in attendance.  Interment will be in the St-Michel Cemetery, Drummond, NB.