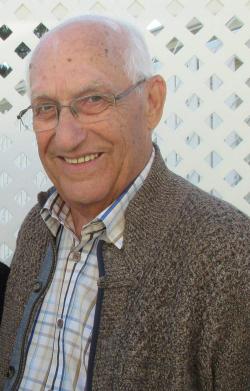 At the Grand Falls General Hospital, October 7, 2020, Mr. Donald Dufour of Grand Falls passed away at the age of 83 years.  He was the husband of Rolande (Berube) Dufour.  Born at St-Juste-du-Lac, Quebec in 1937, he was a son of the late Emile and Adelina (Belanger) Dufour.

Mr. Dufour was a Past President of the Board of Directors of Falls Villa (Grand Falls Manor Inc.) of which he was volunteer member for several years.  He was also a member of the Knights of Columbus, 3rd degree of Council 2331 and a member of the Grand Falls Golden Age Club.

His funeral service will be held from the St-Georges Roman Catholic Church, Grand Falls with his family and close friends in attendance.  Interment will be in the parish cemetery.

For those who wish, donations to the Grand Falls Manor Memorial Fund would be appreciated by the family.

the staff of the Extra-Mural Program

as well as the staff of the Grand Falls General Hospital

for the excellent care Donald received.