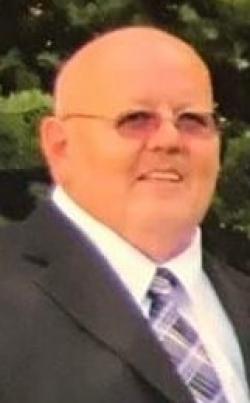 At the Grand Falls General Hospital, October 11, 2020, Mr. Réal Michaud of Grand Falls passed away at the age of 71.  He was the husband of Dorina (Rioux) Michaud.  Born at Grand Falls in 1949, he was a son of the late Philip and Cecile (Bellefleur) Michaud.

Prior to his retirement, Réal was an officer at the Madawaska Regional Correctional Centre at Saint-Hilaire for 35 years.

He is survived by his wife, two sons, Stéphane (Cathy) of Saint-Hilaire and Kevin (Amanda) of Drummond, two grandchildren, Emilie Eva Michaud and Aiden Bradley Michaud, one brother, Normand (Violet) of Grand Falls, two sisters, Rina Francoeur (late Roger)(Gaetan Pelletier) of Drummond and Diane Daigle (Gerald) of Saint-Andre, as well as nieces and nephews.  He was predeceased by his brother, Gerald.

A Liturgy of the Word celebration will be held at O'Regan's Funeral Home, 515 Everard Daigle Blvd., Grand Falls with family and close friends in attendance.  Interment will be in the St-Michel Cemetery, Drummond.

For those who wish, donations to the Foundation of the Friends of the Grand Falls General Hospital would be appreciatyed by the family.