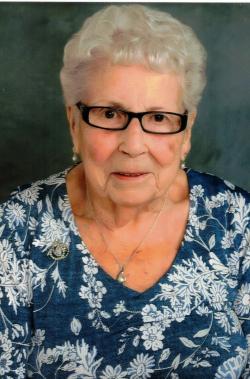 At the Grand Falls General Hospital, October 12, 2020, Mrs. Murielle Morin of Grand Falls passed away at the age of 91 years.  She was the widow of Armand Morin and had been a resident of Pavillon Beau-Lieu of Grand Falls.  Born at Notre-Dame-du-Lac, Quebec in 1929, she was the last surviving child of the late William and Georgianna (Berube) Pedneault.

Mrs. Morin was a member of the Grand Falls Golden Age Club.