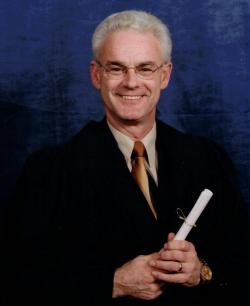 At the Grand Falls General Hospital, November 8, 2020, Mr. David Russell of Grand Falls passed away at the age of 70 years.  He was the husband of Helene (Laforest) Russell.  Born at Grand Falls in 1950, he was a son of the late Daniel and Olive (McLaughlin) Russell.

David was retired from NB Liquor Corporation with 44 years of loyal and dedicated service.  He was involved with his community, having been a former President of the Grand Falls Golf Club, local President and Provincial Vice President of Crime Stoppers, member of the ''Vers ton rêve'' Foundation and a member of the Victoria La Vallée Liberal Association.

His funeral service will be held from the St-Michel Roman Catholic Church, Drummond with his family and close friends in attendance.  Interment will be in the Assumption Cemetery, Grand Falls.

For those who wish, donations to the Canadian Cancer Society, the Foundation of the Friends of the Grand Falls General Hospital or a charity of the donor's choice would be appreciated by the family.