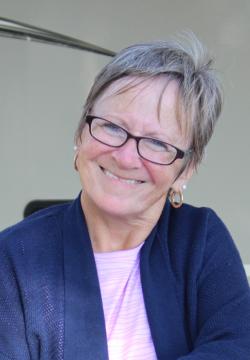 At the Edmundston Regional Hospital, November 9, 2020, Mrs. Marie-Jeanne Martin of Drummond passed away at the age of 65 years.  She was the wife of Donald Martin. Born at Drummond in 1955, she was a daughter of the late Armand and Cecile (Lebel) Ouellette.  After the passing of her mother at a young age, she was raised by Sylvia (Desjardins) and the late Francois Ouellette.

Marie-Jeanne was a secretary in the school system for more than 41 years.  She was 20 years at the Mgr Lang and Academie Notre-Dame schools in Drummond, one and a half years at the School District Office and the last 20 years at the Polyvalente Thomas Albert High School.  She was a member of the Grand Falls Golden Age Club.

Her funeral service will be held from the Saint-Michel Roman Catholic Church, Drummond with her family and close friends in attendance.  Interment will be in the parish cemetery.