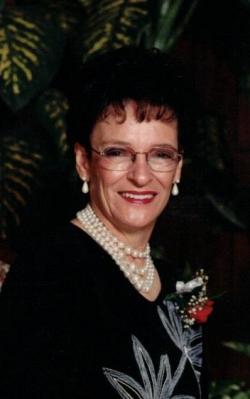 At her residence, November 9, 2020, Mrs. Shirley Poitras of Grand Falls passed away at the age of 81 years.  She was the widow of Gilbert D. Poitras.  Born at Grand Falls in 1938, she was a daughter of the late Eloi and Alfreda (Levesque) Dube.  She was raised by the late Albenie ''Len'' and Emilie (Levesque) Parent.

Her funeral service will be held from the St-Georges Roman Catholic Church, Grand Falls with her family and close friends in attendance.  Interment will be in the parish cemetery.

For those who wish, donations to the Extra-Mural Program would be appreciated by the family.

The family would like to sincerely thank Dr. Claude Richard

as well as the staff of the Extra-Mural Program

for the execellent care their mother received during her illness.