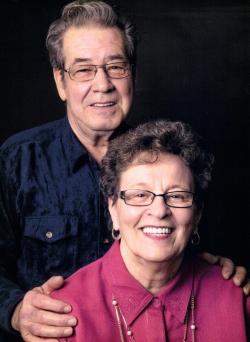 At the Grand Falls General Hospital, December 21, 2020, Mrs. Victoire Michaud of Grand Falls passed away at the age of 82 years.  She was the widow of Enoil Michaud.  Born at Grand Falls in 1938, she was a daughter of the late Pierre and Lauré (Côté) Lavoie.

The family would like to thank Dr. Sénéchal, the hospital nursing staff,

staff of the Extra-Mural and Home Care Programs

for the excellent care given to Vicky.