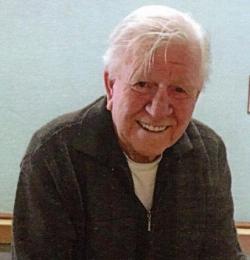 At the Grand Falls General Hospital, January 6, 2021, Mr. Jules Ouellette of Grand Falls passed away at the age of 86.  He was the husband of Norma (Levesque) Ouellette and had been a resident of the Falls Villa, Grand Falls.  Born at Drummond in 1934, he was a son of the late Come and Marie (Bourgoin) Ouellette.

His funeral service will be held at a later date.