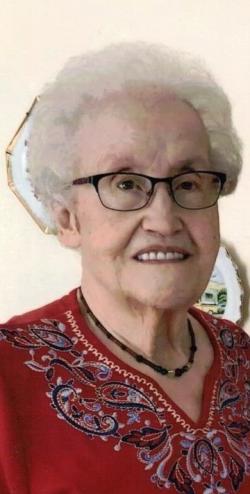 At the Grand Falls General Hospital, February 5, 2021, at the age of 85 years, 11 months and two weeks, Mrs. Bernadette Mazerolle of Grand Falls passed away following a lengthy and courageous battle against cancer.  She was the widow of David Mazerolle.  Born at Drummond in 1935, she was a daughter of the late Antoine and Emma (Desjardins) LeBel.

Her funeral service will be held from the Assumption Roman Catholic Church, Grand Falls with her family and close friends in attendance.  Interment will be in the Assumption Cemetery.

For those who wish, donations to the Canadian Cancer Society or the Grand Falls Regional Food Bank would be appreciated.