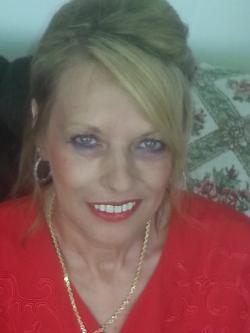 In Grand Falls (Portage), on Sunday April 18, 2021, Mrs. Hélène (Bellefleur) Toner passed away peacefully at her home surrounded by her loving family at the age of 61.  She was the wife of Danny Toner.  Born at Grand Falls in 1959, she was a daughter of the late Carmen (Ouellette) and the late Claude Bellefleur.

She is survived by her husband Danny, daughter, Samantha "Sammy Joe" Kinney (George) of California Settlement and son, Sheldon Toner (Mattea Ouellette) of Plaster Rock, four grandchildren, Owen Daniel Kinney, Karmine Toner, Kaisen and Kahila, brothers and sister, Rejean (Joanne) of Drummond, Jocelyne Michaud (Real) of Grand Falls, Louis of Edmundston, Roger (Charlotte) of Grand Falls, Gerard (Nicole) of Guelph, Ontario and Roland of Drummond, as well as nieces and nephews.  She is also survived by her mother-in-law, Clarinda Toner (late Owen), brothers-in-law and sisters-in-law.  She was predeceased by her parents as well as brothers, Marc, Robert and Alain Bellefleur.

Resting at St. Patrick's Roman Catholic Church, Grand Falls (Portage) from where her funeral service will be celebrated by Father Gilbert Doddatto.

For those who wish, donations to the Canadian Liver Foundation would be appreciated by the family.