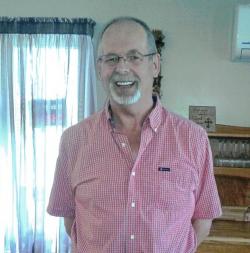 At the Grand Falls General Hospital, April 21, 2021, Mr. Yves Morin of New Denmark passed away at the age of 66 years.  He was the husband of Solange (Durette) Morin and had been a resident of the Falls Villa.  Born at Drummond in 1954, he was a son of the late Yvon and Ella (Levesque) Morin.

Prior to his illness, Yves worked for Fraser Papers for 20 years.

A Liturgy of the Word Celebration for Yves will be held at the funeral home at a later date.  Interment will be in the St-Michel Cemetery, Drummond.