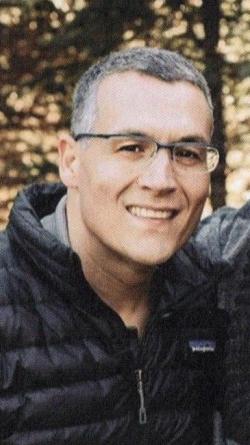 At his residence, April 24, 2021, Mr. Reggie Guay of Grand Falls passed away at the age of 44 years following a brief illness.  He was the husband of Danielle Pelletier.  Born at Grand Falls in 1976, he was a son of Margaret (St-Onge) and the late Reginald "Poilu" Guay.

Reggie worked as an agent for the Dept. of Public Safety.

A Liturgy of the Word Celebration will be held at the Guy O'Regan Funeral Home, 515 Everard Daigle Blvd. in Grand Falls with his family and close friends in attendance.  Interment will be in the St-Michel Cemetery, Drummond.