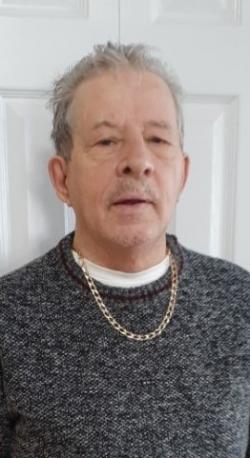 At the Edmundston Regional Hospital, April 30, 2021, Mr. Jacques Godin of Grand Falls passed away at the age of 66 years.  He was the husband of Jacinthe (Coulombe) Godin.  Born at Sainte-Anne-de-Madawaska in 1955, he was a son of the late Joseph ''Salter'' and Laurette (Ruest) Godin.

A committal service will be held in the Saint-Georges Parish Cemetery at a later date.

Arrangements are by the Guy O'Regan Funeral Home Ltd.