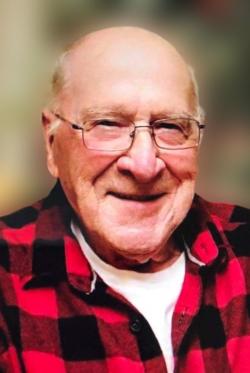 In Grand Falls, May 3, 2021, Mr. Renaud Godbout of Grand Falls passed away at the age of 91 years.  He was the widower of Dorice Madore.  Born at Drummond in 1929, he was a son of the late Cyprien and Alice (Gagnon) Godbout.

Funeral services will be held at a later date with interment in the St-Georges Parish Cemetery, Grand Falls.