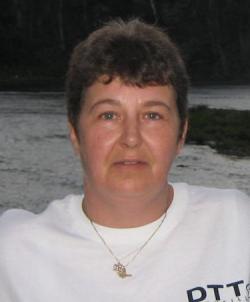 At the Grand Falls General Hospital, July 11, 2021, Mrs. Mona Godbout of Drummond passed away peacefully at the age of 55 years.  She was the widow of Joseph Ouellette.  Born at Grand Falls in 1966, she was a daughter of the late Donald Godbout and of Amanda (Caron) Godbout.

Her funeral service will be held from the Saint-Georges Roman Catholic Church, Grand Falls with her family and close friends in attendance.  Interment will be in the parish cemetery.

For those who wish, donations to the SPCA La Vallée or the Canadian Cancer Society would be appreciated.