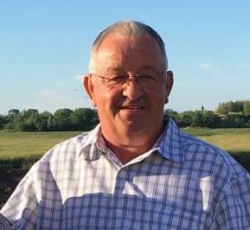 At the Edmundston Regional Hospital, July 19, 2021, Mr. Gilles Laplante of Saint-Andre passed away at the age of 62 years.  He was the husband of Line (Moreau) Laplante.  Born at Grand Falls in 1958, he was a son of the late Camille and Edwina (Lavoie) Laplante.

Mr. Laplante was a 3rd-degree member of the Knights of Columbus, Saint-Andre Council 7222.

His funeral service will be held from the Saint-Andre Roman Catholic Church with his family and close friends in attendance.  Interment will be in the adjoining cemetery.

For those who wish, donations to the Saint-Andre Cemetery would be appreciated by the family.