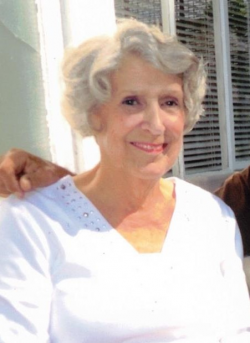 At Résidences Jodin Nursing Home of Edmundston, August 31, 2021, Mrs. Reta Carson of Grand Falls passed away at the age of 91 years.  Born at Drummond in 1930, she was a daughter of the late Adelard and Délima (Laforest) Walker.

She is survived by two sons, Chris Carson of Winnipeg and Robert Carson (Sandra) of Toronto, two grandchildren, Terra and Michael, two great grandchildren, Alissa and Curtis, one sister, Nora Walker St-Germain of Edmundston and one brother, Burt Walker of Grand Falls, nieces and nephews.  She was predeceased by a sister, Dorothy Fournier, two brothers, Edmund "Boy" and Donald.

A private interment will take place in the St-Michel Cemetery, Drummond.