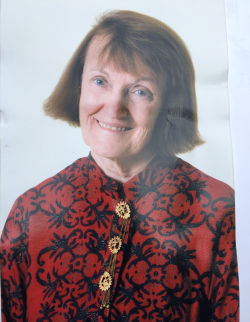 Marilyn L. Fraser, age 82, passed away peacefully on September 11, 2021 at York Care Centre in Fredericton. She was born August 16, 1939 in St Leonard, to Harold and Elizabeth (McLeod) Fraser. She was a 1957 graduate of Grand Falls High School. She later graduated with a degree in physiotherapy from McGill university in Montreal in 1960. She travelled and worked in her profession from San Francisco to Hawaii, to Switzerland and London, England before returning to New Brunswick where she worked in Edmundston, Woodstock and Fredericton.

Preceded in death by her parents and her brother Richard and her sisters Jean and Sally. She is survived by her daughter Kelley, her grandson Henry, her sisters Brenda and Sharon and brother Alan as well as several special cousins.

All funeral arrangements will be carried out by O’Regan's Funeral Home in Grand Falls. She will be buried alongside her mother and father in the Union Cemetery on Manse Street in Grand Falls.

The family will be eternally grateful to the entire staff at York Care Centre for the kindness and care they provided Marilyn in the final years of her life .