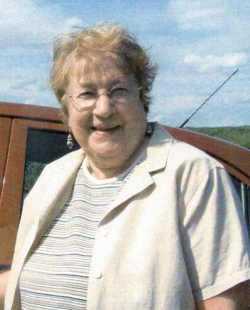 At the Grand Falls General Hospital, October 1, 2021, Mrs. Camillia Paquet of Grand Falls passed away at the age of 87 years.  She was the widow of Sylvio Paquet.  Born at Saint-Quentin in 1934, she was a daughter of the late Antonelli and Blanche (Gagné) Truchon.

A Liturgy of the Word Celebration will be held Tuesday, October 12th at 11 a.m. from O'Regan's Funeral Home, Grand Falls with interment in the Saint-Georges Parish cemetery.