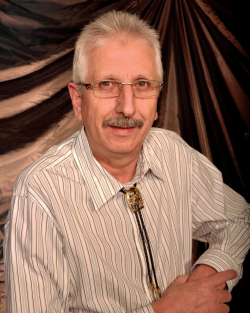 At the Grand Falls General Hospital, October 1, 2021, Gilles Ruest of Drummond passed away at the age of 72 years.  He was the husband of the late Guilda Gauvin by first marriage and of Murielle Gauvin by second marriage.  He had recently been a resident of the Falls Villa (Grand Falls Manor).  Born at Siegas in 1949, he was a son of the late Onile and Lilianne (Duplessis) Ruest.

He was predeceased by sisters, Vivianne Martin, Doris Martin and Rolande Dumont and brother Gerard Ruest.

His funeral service will be held Thursday, October 7th at 11 a.m. from the Saint-Georges Roman Catholic Church, Grand Falls with interment in the Notre-Dame-des-Sept-Douleurs Cemetery of Edmundston.

For those who wish, donations to the Alzheimer Society or the Falls Villa Memorial Fund would be appreciated by the family.