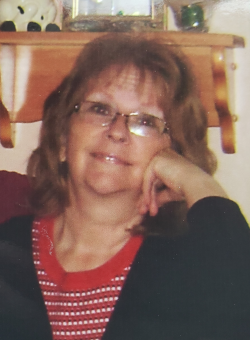 At the Edmundston Regional Hospital, October 10, 2021, Mrs. Jeanne d'Arc Godbout of Grand Falls passed away at the age of 74.  She was the wife of Euclide Godbout and had been a resident of Villa des Jardins of Edmundston for the past few months.  Born at Van Buren, Maine in 1947, she was a daughter of the late Alphée and Nélida (Cyr) Bellefleur of St-Leonard-Parent.

She is survived by her husband Euclide, four children, Lynn of Kingston, Ontario, Lee (Lucie Larouche) of Laval, Quebec, Lori of St-Leonard-Parent and Lena of Halifax, NS, four grandchildren, one brother, Kenneth Bellefleur (Marie-Mai) of Edmundston, as well as nieces and nephews.  She was predeceased by four brothers, Rev. Ronald Bellefleur, Enoil, Hermil and Alban as well as an infant sister Gaetane.

Funeral details will be announced at a later date.