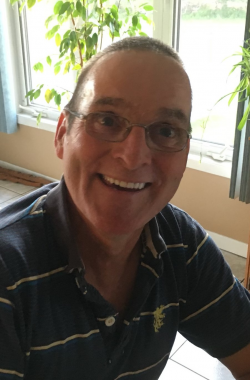 At the Grand Falls General Hospital, October 12, 2021, Mr. Francis Levesque of Drummond passed away at the age of 63 years.  He was the partner of Carole Cormier.  Born at Campbellton in 1958, he was a son of the late Henri and Rita (Savoie) Levesque.

He is survived by his partner Carole, three children, Tina Cote of Drummond, Tony (Julie) de Oromocto and Karine Levesque of Grand Falls, eight grandchildren, Nicolas, Noémie, Jenaka, Zack, Myrah, Jaxton, Élodie and Zoé, brothers and sisters, Celenois and Francine of Campbellton, Prosper of Memramcook, Jean-Guy of Campbellton, Roger of St-Arthur, Serge of Austria, Robert of Trois-Rivieres, Quebec, Anne of Saint-Quentin, Annelle and Anita of Campbellton, as well as nieces and nephews.  He was predeceased by a brother, Maurice.

More details will be added shortly.