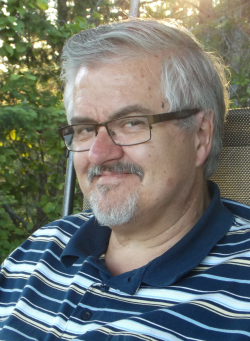 At the Grand Falls General Hospital, October 12, 2021, Mr. Donald Martin of Drummond passed away at the age of 67.  He was the widower of Marie-Jeanne Ouellette who passed away last year.  Born at Grand Falls in 1954, he was a son of the late Albert and Simonne (Desjardins) Martin.

Don was a municipal councillor for the village of Drummond since 2012.  He was also a member of the Royal Canadian Legion, Saint-Leonard Branch 52 and of the Grand Falls Golden Age Club.

A committal service will be held at the St-Michel Cemetery, Drummond on Monday October 18 at 11 am with his immediate family and close friends in attendance.