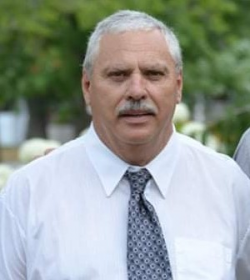 At the Edmundston Regional Hospital, October 19, 2021, Mr. Alfred Sirois of Grand Falls passed away at the age of 67 years.  He was married to the former Shirley Albert.  Born at Drummond in 1954, he was a son of the late Henri and Odelie (Pelletier) Sirois.

He was predeceased by two sisters and one brother, Laurette Ouellette, Marie-Anne Sirois and Roland Sirois.

His funeral service will be held Tuesday, June 21st at 11 a.m. from the St-Michel Roman Catholic Church, Drummond with interment in the parish cemetery.

Please note that there will not be any visiting hours prior to the funeral service.

For those who wish, donations to a charity of the donor's choice would be appreciated by the family.