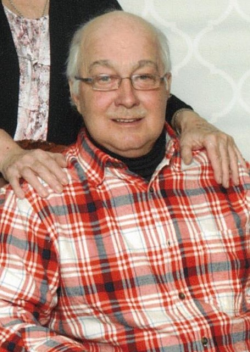 At the Grand Falls General Hospital, November 8, 2021, Mr. Reginald ''Souris'' Parent of Saint-Andre passed away at the age of 68 years.  He was the partner of Ginette Lajeunesse.  Born at Saint-Andre in 1953, he was a son of the late Edmond and Marie-Ange (Beaupré) Parent.

Mr. Parent was a member of the Grand Falls Golden Age Club.

His funeral service will be held Saturday November 20th at 11 a.m. from the Saint-Andre Roman Catholic Church with interment in the parish cemetery.