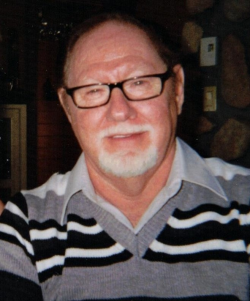 At his residence, January 5, 2022, Mr. Lucien St-Amand of Drummond passed away at the age of 67.  He was the husband of Jeannine (Rossignol) St-Amand.  Born at Grand Falls in 1954, he was a son of the late Maxime and Célina (Deschênes) St-Amand.

Lucien was a carpenter and a School Bus Driver.  He was also a member of the Grand Falls Knights of Columbus, 3rd degree of Council 6841 and 4th degree of the 2366 Assembly.

Due to the current circumstances we are all living, a private Liturgy of the Word Celebration will take place with his family and close friends in attendance.  Interment will be in the St-Georges Parish Cemetery at a later date.

For those who wish, donations to the Canadian Cancer Society or the Valley S.P.C.A. would be appreciated by the family.

the nurses of the Extra Mural Program

as well as the whole team for the exceptional

care given to Lucien. We also cannot ignore

the medical care provided to him by Dr. Heidi Godbout.