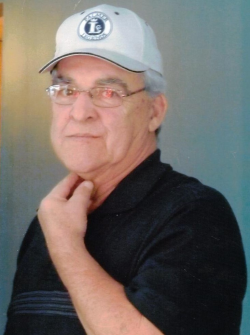 At the Grand Falls General Hospital, January 8, 2022, Mr. Roland ''Ti-Coq'' Ouellette passed away at the age of 79 years. He was the husband of Elsie (Cyr) Ouellette. Born at Grand Falls in 1942, he was a son of the late Adrien E. and Odélie (Bernier) Ouellette.

He was predeceased by three brothers, Louis, Claude and Rodolphe and a sister Ginette.

A Liturgy of the Word Celebration will be held at a later date.

For those unable to attend, a lithurgy of the Word Celebration will be live-streamed using the link below:https://event.forgetmenotceremonies.com/ceremony?c=228c2dae-80e4-476f-8e80-b02d1e9a6790

the doctors and staff of the Grand Falls and Edmundston hospitals

and Dr. Paul Cloutier in particular,

for the excellent care Roland received.