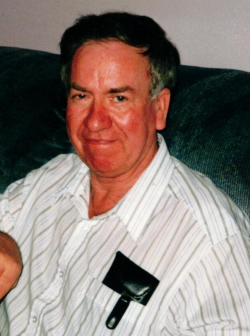 At the Grand Falls General Hospital, January 8, 2022, Mr. Raymond Laforest of Grand Falls passed away at the age of 81. He was the widower of Gemma Lagacé and husband of Gaëtanne Godbout Leclerc by second marriage. Born at Grand Falls in 1940, he was a son of the late Patrick and Opal (Dixon) Laforest.

His funeral service will be held Thursday, January 13th at 11 a.m. from the St-Michel Roman Catholic Church, Drummond with interment in the adjoining cemetery.

For those unable to attend, the funeral service will be live-streamed using the link below:https://event.forgetmenotceremonies.com/ceremony?c=686ea9f1-40ec-4bef-9240-eec3aab61037

For those who wish, donations to the Heart and Stroke Foundation or the Canadian Cancer Society would be appreciated by the family.