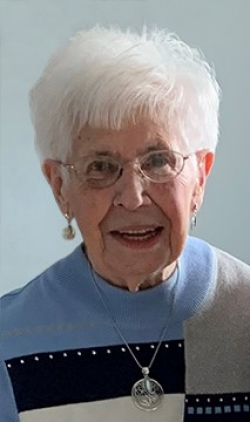 At her residence, surrounded by her loving family, January 11, 2022, Miss Anne-Marie LeBlond of Grand Falls passed away peacefully at the age of 101. Born at Grand Falls in 1920, she was a daughter of the late Alfred and Anna (Godbout) LeBlond.

Miss LeBlond worked for 27 years at the home of Oscar and Yvette. During all these years, she cooked, took care of the household chores and took care of the well-being of Charles (Colette d'Entremont), Louis (Anne-Marie Godbout), Louise (Verne Savage), Diane (Allain Godbout) , Yves (Louise Durepos) and Josette (Michel Bernier). She lived with the children from birth through adolescence and the end of their schooling. They have always considered her a second mother. She was not only their Aunt Marie but also the Aunt Marie of their friends and of a large part of the community who took pleasure in calling her that. Even after she left the family home, she continued to care for and help the children with all the kindness and dedication she could offer them. Her support and love will never be forgotten.

Her funeral service will be held from the Assumption Roman Catholic Church, Grand Falls at a later date with interment in the parish cemetery.

Mélanie Desjardins-Bard IP and the staff of

the Extra-Mural Program for their time

and the excellent care given to Tante Marie.