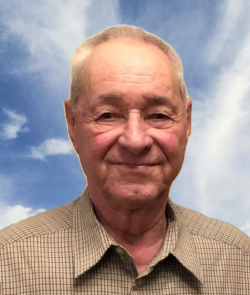 At his residence, January 28, 2022, Mr. Adrien Gagnon of Siegas passed away at the age of 84 years. He was the husband of Marthe (Ringuette) Gagnon. Born at Sainte-Anne-de-Madawaska in 1937, he was a son of the late Elphege and Beatrice (Martin) Gagnon.

Mr. Gagnon was a 3rd degree member of the Knights of Columbus, Notre-Dame-de-Lourdes Council 7576.

He was predeceased by a brother, Rodolphe, two sisters, Aline and his twin, Adrienne (late Normand Jean).

Funeral services for Mr. Adrien Gagnon will be held Friday, May 20th at 4 p.m. from the Notre-Dame-de-Lourdes Roman Catholic Church with interment in the parish cemetery.