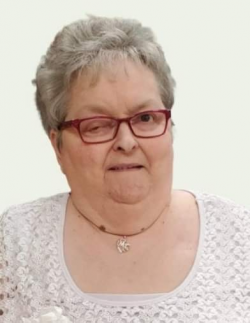 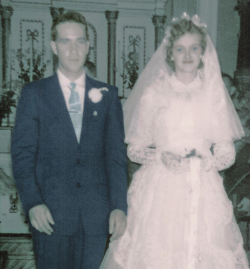 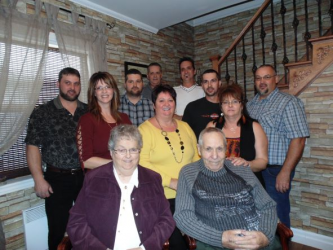 At the Falls Villa (Grand Falls Manor), February 3, 2022, Mrs. Leona Ouellette of Saint-Andre passed away at the age of 81 years. She was the widow of Valerie ''By'' Ouellette. Born at Saint-Andre in 1940, she was a daughter of the late Leon and Rose (Desrosiers) Lavoie.

Mrs. Ouellette was a member of the Saint-Andre Daughters of Isabella.

She is survived by eight children,

Her funeral service will held Friday, May 20th at 11 a.m. from the Saint-André Roman Catholic Church with interment in the parish cemetery.

For those who wish, donations to the Falls Villa Memorial Fund, the Heart and Stroke Foundation, the Diabetes Association or the Alzheimer Society would be appreciated by the family.