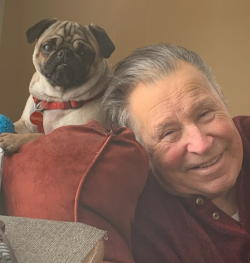 At the Falls Villa (Grand Falls Manor), May 2, 2022, Mr. Guy "Babou" Rossignol of Saint-Andre passed away at the age of 87 years. He was the widower of Lilianne "Kit" Soucy. Born at Saint-Andre in 1935, he was the last surviving child of the late Edouard and Therese (Levesque) Rossignol.

His funeral service will be held Tuesday, May 10th at 11 a.m. from the Saint-Andre Roman Catholic Church with interment in the adjoining cemetery.