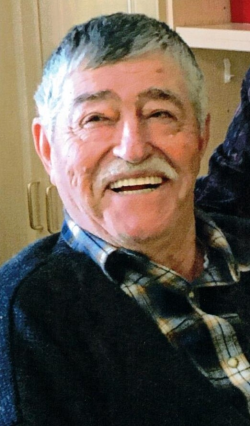 At the Falls Villa (Grand Falls Manor), June 18, 2022, Mr. Raymond Poitras of Grand Falls passed away at the age of 83 years. He was the husband of Louiselle Morin. Born at Saint-Andre in 1938, he was a son of the late Onezime and Yvonne (Dionne) Poitras.

He was predeceased by a grandson, Yves Theriault, two brothers, Robert and Rev. Frederic Poitras.

His funeral service will be held Thursday, June 23rd at 11 a.m. from the Saint-Georges Roman Catholic Church, Grand Falls with interment in the Saint-Andre Cemetery.

For those who wish, donations to Muscular Dystrophy Canada would be appreciated by the family.