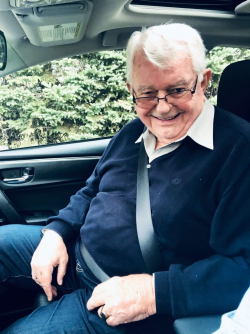 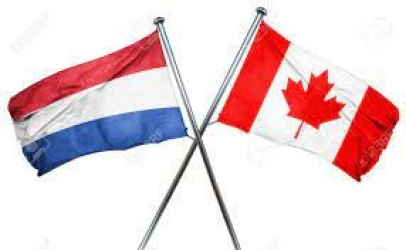 At the Ommelander Ziekenhuis Scheemda, The Netherlands (Hospital), July 31, 2022, Mr. Berend Tepper of Grand Falls, New Brunswick passed away at the age of 80 years. He was the husband of Jantje (Buining) Tepper. Born in 1942 in Slochteren, The Netherlands, he was the son of Hendrik and Willemina (Heres) Tepper.

Berend brought his family to Canada in 1981 where he farmed with his two sons. He enjoyed spending time with his family and friends. He was always ready to organize a gathering. Berend has been a member of the Grand Falls Rotary for many years where he served as president for over 10 years. Berend joined Toastmasters for a few years and was involved in politics. He also organized many golf days and silent auctions for several causes.

Dad's wish and dream was to go to the Netherlands one more time to say goodbye to his friends and family overseas. Instead, he went back home to say farewell to all of us.

He was predeceased by his grandson Joshua Tepper, by his parents, by his brother Hendrik and his wife Bouchien, by sister-in-law Rika Tepper and brother-in-law Jan Engelkes.

The family will be receiving relatives and friends at O'Regan's Funeral Home, 515 Everard Daigle Blvd., Grand Falls on Friday, August 12th from 10 a.m. until 12 p.m.

There will be a private service held with interment in the Saint-Michel Cemetery, Drummond.

For those who wish, in lieu of flowers, donations to the Grand Falls Regional Food Bank would be appreciated by the family.

The Tepper family would like to thank the nurses (3A) and Lung Specialists from the Ommerlander Ziekenhuis in Scheemda for the care they gave Berend during the last three weeks.