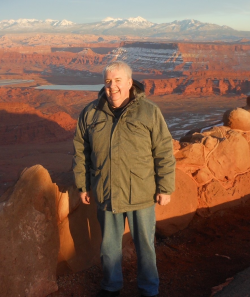 At the Grand Falls General Hospital, January 13, 2023, Mr. Warren Dexter of Grand Falls passed away at the age of 66. Born at Grand Falls in 1956, he was a son of the late George and Alice (McDougall) Dexter.

He is survived by three sisters, Eva Rideout (Louis) of Grand Falls, Liz Dexter (Ed Wiley) of Florenceville-Bristol and his twin sister, Elaine Bilodeau (Claude) of Montreal, 11 nieces and nephews, 15 great nieces and nephews plus one on the way. He was predeceased by his parents, Alice and George and his younger brothers, twins David and Daniel.

In addition to Warren's enjoyment of sports and fishing, he had a love for history and never stopped learning. Warren had several close friends and cousins, with whom he spent many memorable times.

Kindness was Warren's motto and was reflected in how he lived each and every day.

A graveside committal service will be held in the Spring of 2023 in the Union Cemetery of Grand Falls.

For those who wish, donations in his memory may be made to the Canadian Cancer Society.